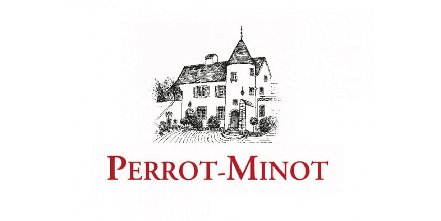 A strong supporter of the concept of terroir, Christophe Perrot-Minot devotes himself to keeping its meaning and he thus produces wines which reveal all its complexity.

The origins of the estate date back to the mid-19th century, but it is AmédéeMerme who devoted himself to expanding and organizing the vineyard in the early 20th century. With his son Armand, they sought to ensure the reputation of the estate in France and beyond by producing quality wines. In the 1970’s, Marie-France Merme together with her husband Henri Perrot-Minot continued the work of her father Armand. After Armand’s death, Marie-France and Henri took over the running of the estate which changed its name into Perrot-Minot.

Together, they maintained the tradition of quality and innovation which already existed with the previous two generations.

In 1993, their son, Christophe Perrot-Minot, after spending seven years as a wine trader joined the estate and became the manager. His previous experience had earned him an in-depth knowledge and a genuine command of wine growing.

Christophe took over the estate from his father Henri in 1993. Part of the estate stems from the acquisition of Domaine Pernin-Rossin in 2000 while the remainder comes down from maternal grandfather Merme, which explains the similarity of holdings to Domaine Taupenot-Merme over the road. In addition to their domainewnies,most notably the various grands crus of Gevrey-Chambertin, are made from purchased grapes under the same label but without the word ‘domaine’.

The estate now covers 13 hectares of vineyard spreading over the most famous terroirs of Morey-Saint-Denis, Gevrey-Chambertin, ChambolleMusigny, VosneRomanée and Nuits-Saint-Georges.

The winemaking begins with exceptionally vigorous sorting of the grapes, first in the vineyard and then on two tables de tri. The grapes are destemmed before one week of cool pre-maceration, followed by fermentation with pumping over preferred to punching down, especially for the more fine-boned appellations such as Chambolle-Musigny. Maturation takes place over 12 to 14 months without racking, in barrels from the Tronçais and Allier forests supplied by tonnellerieRémond, with 25% new wood for village wines, 40% for premiers crus and 50% for the grands crus.

“Christophe’s wines are pure and balanced, extremely delicate, and easily digested. They are in the tradition of the classic and timeless wines.”