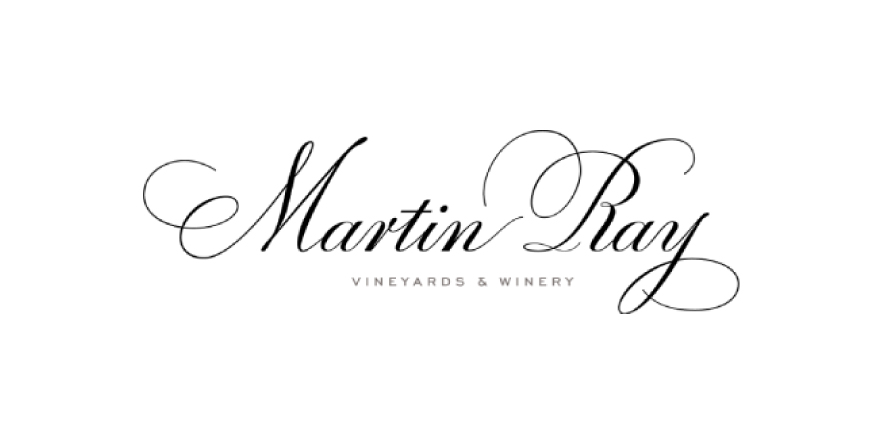 “Martin Ray to produce quality wines sourced from the best growing regions California has to offer.”

The name Martin Ray resonates deeply in the history of California Winemaking. Martin Ray was a pioneer, dedicated to crafting single varietal, region specific wine from 1943 through 1972 in Saratoga, the heart of the Santa Cruz Mountains. Mentored by the famed producer of early California sparkling wines Paul Masson, Ray took a decidedly Burgundian approach to his winemaking, and developed what is now one of the most historical properties in California, known as Mount Eden.

Nearly twenty years after Martin Ray’s passing, Courtney Benham stumbled upon 1500 cases of Martin Ray wine in a San Jose warehouse. Recognizing his good fortune, and his intent and drive to produce terroir driven wines, Ray’s historical significance and philosophy resonated with him. Courtney purchased the brand, and since 1990 has been committed to the production of artisanal wines worthy of the Martin Ray name.

In 2003, Martin Ray Vineyards & Winery made its home in the Russian River Valley, on the edge of Green Valley at one of the oldest continually working wineries in California. With the ardent philosophy that great wine is not only the sum of more than just good grapes and a talented winemaker, but rather the result of an efficient, nimble whole, he has assembled a lean core team. This foundational approach, coupled with long term relationships with celebrated growers has led Martin Ray to produce quality wines sourced from the best growing regions California has to offer

Today, Courtney and his winemaking team devote themselves to Ray’s ideology of making “wines of place”, by sourcing from hillside and valley floor fruit, they are relentless at telling the story of each exceptional appellation and vineyard.

Located in the heart of Russian River Valley in Sonoma County, California, our historic winery site was established in 1881 and is one of the oldest continuously operated winery in Sonoma County. Courtney purchased the winery in 2003, continually striving to modernizer the facility while incorporating elements of it’s history. The Russian River Valley appellation is most well-known for the varietals Pinot Noir and Chardonnay, which thrive in a cool climate with morning fog and moderate temperatures due to the coastal influence. This ideal location intiated replanting in 2011 of very own 12 acres of estate Pinot Noir vineyards, including two acres of the Martin Ray Heritage Clone 37.

The Russian River Valley appellation is most well-known for the varietals Pinot Noir and Chardonnay, which thrive in a cool climate with morning fog and moderate temperatures due to the coastal influence.